In addition to giving new information about our visual novels, we want to show you one of our key members of the Party Tales team, Cody. They are one of our programmers here at Party Tales, and they have worked with us to create the game's interface. They are well versed in UI development, having used Unity to create multiple styles of games. 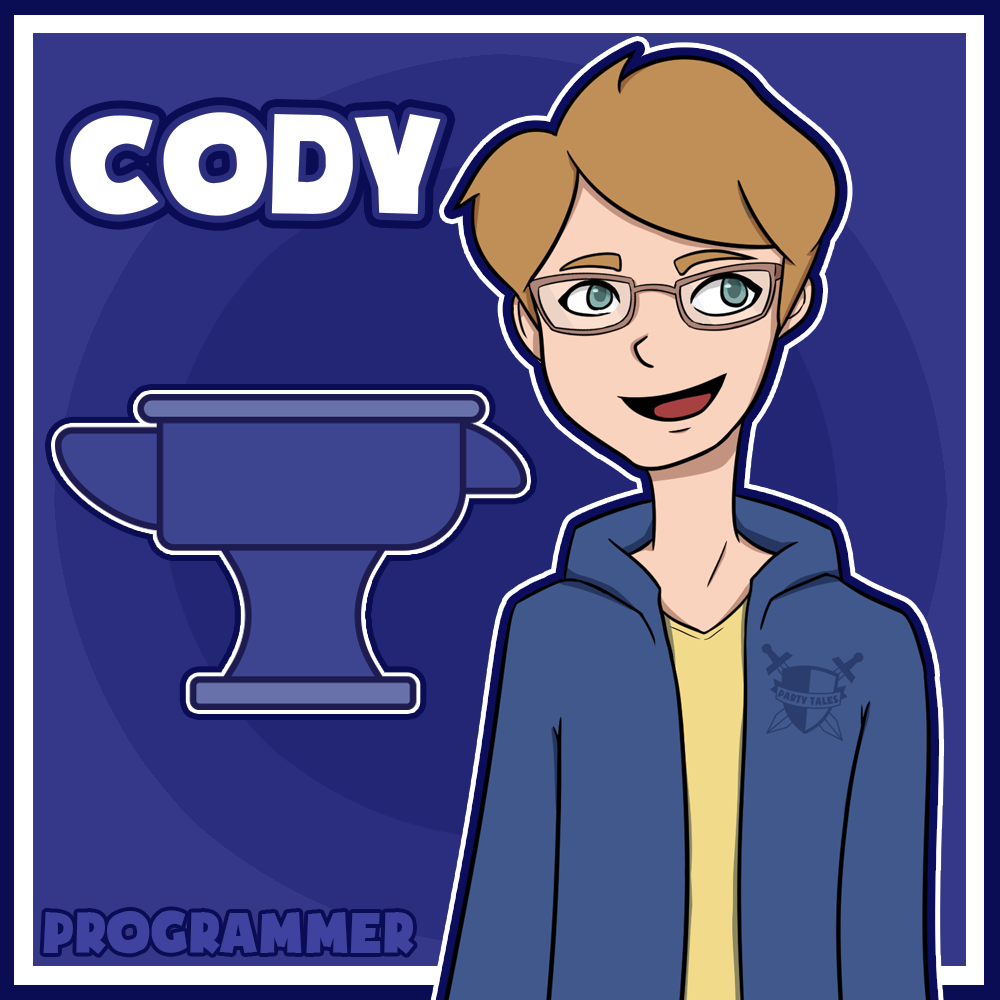 What key parts of Party Tales have you worked on?

"I've been primarily focused on developing the front-end client and UI that players interact with. I like working with UI because it’s a very visual style of work where I can quickly tweak things as I go and easily adjust to feedback. It's also a rewarding area since it directly affects how the player interacts with the game.

My hope is that the team's hard work will mean a smooth and easy experience playing through stories together."

Which parts of Party Tales are you most excited about?

"I think there are two super awesome parts to Party Tales that really set it apart. First is the ability to take the commonly solo experience of playing a visual novel and share it with your friends. I think that's a fantastic way to have a fun night goofing around with pals.

The second is that Party Tales provides a platform for creative people to express themselves and put a story out there, where they may not have had the time or resources before to make a whole game of their own."

What is your favorite story, and why?

"My favorite story is The Night Shift because I'm a big fan of mythology and fairy tales. I also love the idea of mixing fantasy creatures with a more modern setting (like in my favorite book series, The Dresden Files) and I think it's a great setup for interesting choices and a fun story experience."

Plan, organize, and prioritize; how did you manage the Party Tales development on top of your other commitments?

"Since I work a full-time job as a software engineer outside of Party Tales, finding free time and organizing myself have been really important to making sure my contributions to the project don't fall behind. Our team meets weekly and keeps a list of the tasks we can commit to, and that helps a lot with planning my time.

When you have tasks set out ahead of time and know what needs to be done, a few hours here and there can go a long way."

Outside of Party Tales, what other games and projects have you worked on?

"As part of obtaining my degree in Game Programming, I've worked on a number of student game projects with a variety of themes and styles, but my day-to-day work is in more traditional software development. I think that getting exposure to new styles of programming is a great way to grow and expand my horizons, and I think that there are valuable lessons to be learned everywhere that can help me develop better games."