Jacob is the producer here at Party Tales and has been involved in every aspect of the development. He takes on a plethora of tasks that range from random grunt work to creating our sound effects. Even our live-action trailer was his creation.

Read about Jacob and his work as a producer for Party Tales and learn just what challenges and tasks he overcomes for our project! 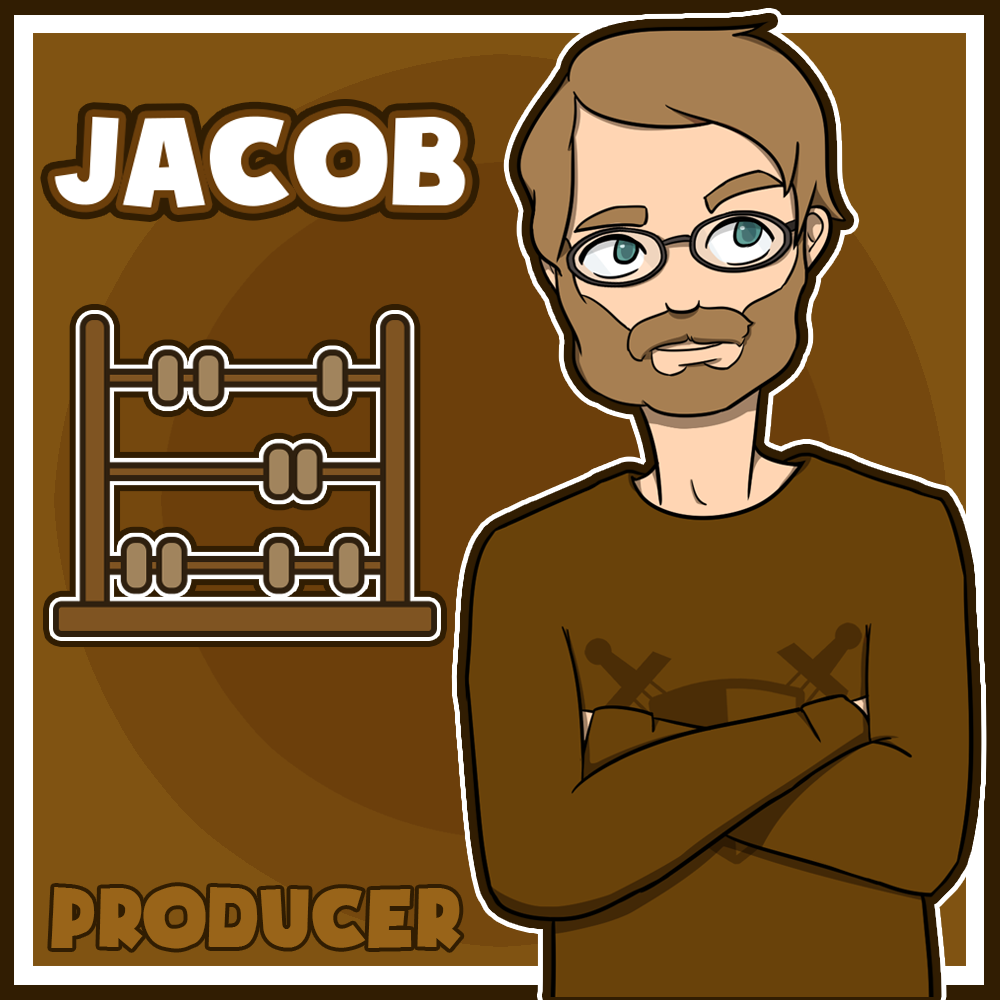 As the producer for Party Tales what have been some of your responsibilities?

"A producer is supposed to do a lot of things to make sure things run smoothly. But John is too dang responsible, so I've primarily been focusing on the secondary role of a producer: doing random stuff that doesn't fall into anyone else's wheelhouse. I've done a lot of sound effects work and a lot of random grunt work that it would be wasteful to have our talented specialists do."

What do you hope people take away when playing Party Tales?

"I hope we eventually have stories that have people second-guessing every decision they made. I want people to be kept up at night thinking about what they could've done better and I want them to be able to share that experience with friends. All of my favorite visual novels have had that effect on me. That isn't what everyone is looking for, though, so I hope we're able to cater to many tastes with our many stories."

Which one is your favorite visual novel, and why?

In the role of Producer, what kinds of challenges have you faced during the development?

"The biggest challenge for me is calling a project done. I wanted to keep tweaking the trailer forever but, eventually, I had to cut myself off. I made some great changes. The original draft was not nearly as good as the final draft, but I had to eventually call it good enough, which is tough when you see substantial progress. I had similar experiences working on Not It. Luckily, that was made for a game jam so I had a pretty firm cutoff."

Outside of Party Tales what are some of your hobbies?

"I have a pretty substantial folder on my computer full of pieces from unfinished projects. I have music, mods, scripts, art, games, and more in there. There isn't much worthwhile for release to the public in there, but I enjoy learning how to make things even if they are bad. For those projects it's more about having fun than finishing something. I know it's strange, but I think my hobby is starting and not finishing projects. Don't worry, Party Tales is not one of those projects."